For you, the reader, to browse this website requires the coordinated interplay of billions of neurons, each of which has a particular specialization, but none of which can carry out this task in isolation. Our ultimate goal is to elucidate how cells distributed throughout the brain produce complex behaviors, such as reading text. This requires us to not only understand how information is represented locally, but also how neurons transmit information over long ranges efficiently and accurately. To do this, we need to eavesdrop on the conversations of individual neurons across many regions simultaneously.

The Visual Coding - Neuropixels dataset represents our first attempt to carry out a systematic survey of spiking activity in the mouse visual system and beyond. Our initial data release consists of 58 experiments, each of which contains data from up to six Neuropixels probes recording in cortex, hippocampus, and thalamus. Data for each experiment is conveniently packaged in Neurodata Without Borders (NWB) files that can be downloaded via the AllenSDK. 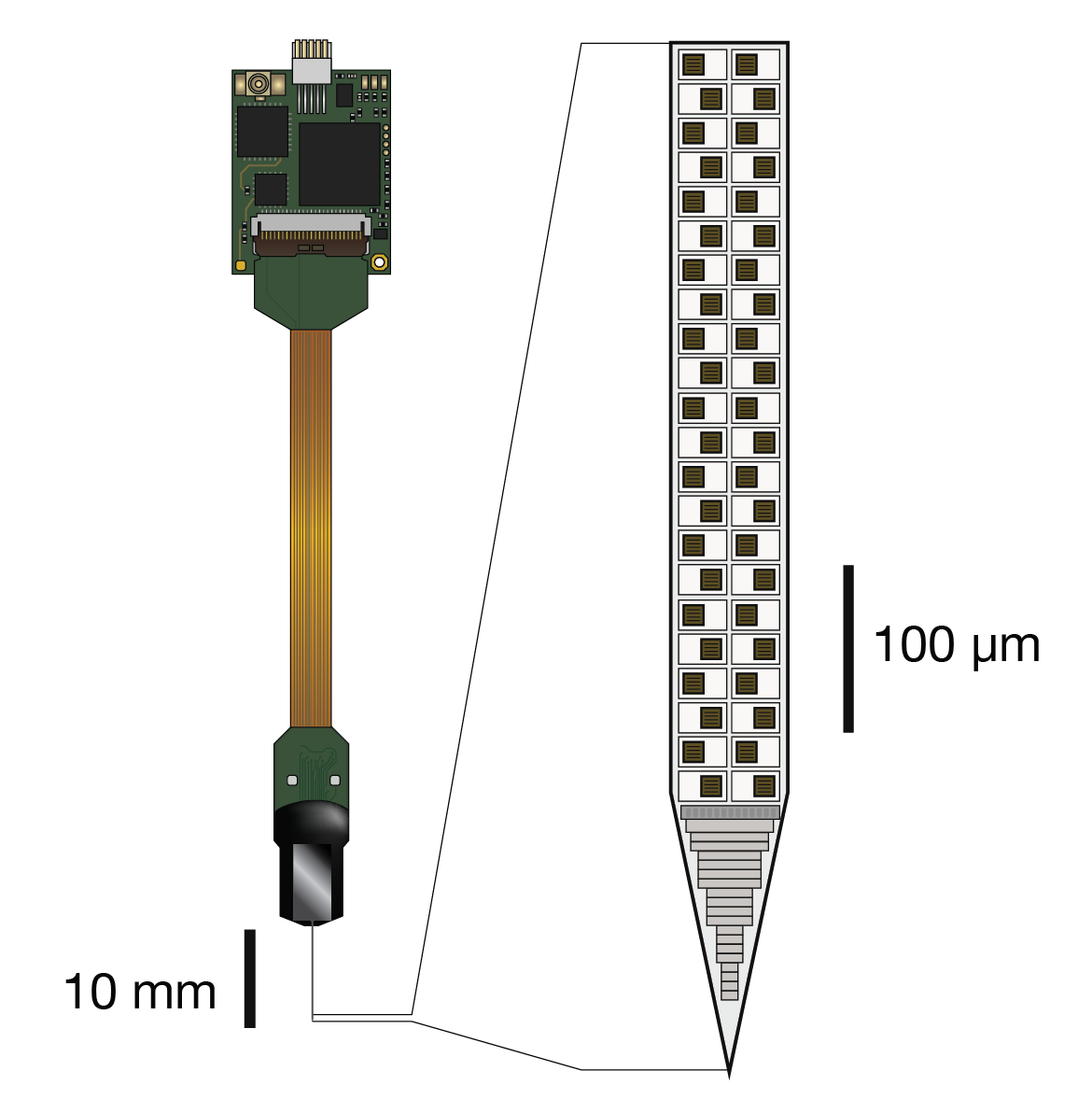 Neuropixels represent a major leap forward in neural recording technology. By leveraging CMOS manufacturing, the process that produces the chips inside our cameras and phones, Neuropixels dramatically reduce the size and cost of devices for reading out activity from the brain. Originally developed by imec in collaboration with funding partners at the Allen Institute, the Wellcome Trust, the Gatsby Foundation, and HHMI, Neuropixels are now publicly available via neuropixels.org. Each probe contains 960 recording sites distributed along a shank that's 10 mm long but only 70 microns wide. A subset of 374 or 383 channels can be read out at a time, detecting action potentials from hundreds of neurons with a single probe. Their long shank and compact size makes it possible to insert multiple probes into the same brain, allowing us to study real-time interactions between areas with an unprecedented level of detail. 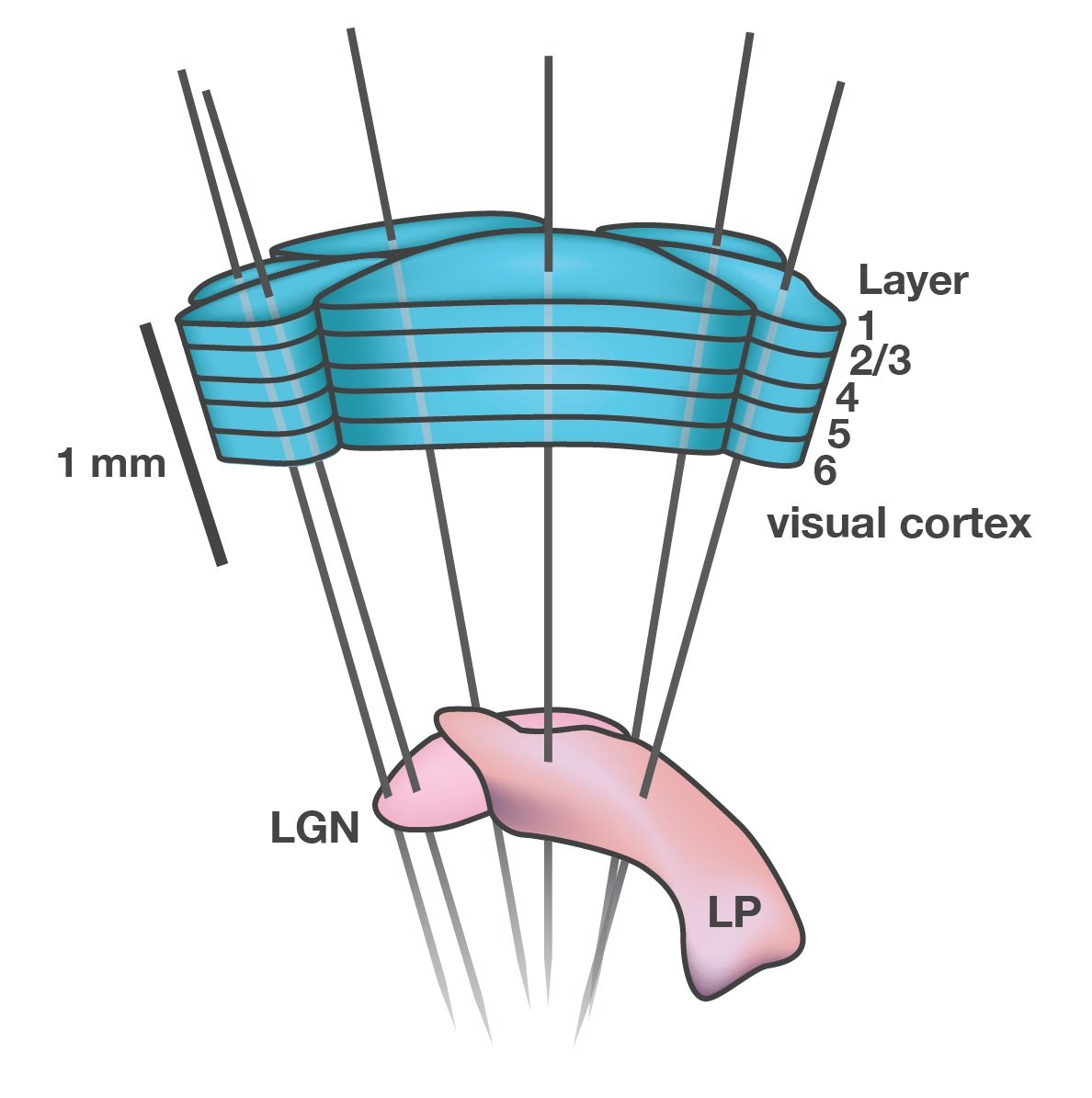 In our Neuropixels experiments, the same set of cortical visual areas are targeted as in the 2-Photon Imaging Brain Observatory, but all of them can often be recorded simultaneously. Because each probe is 10 mm long, they can extend down to subcortical visual areas, such as lateral geniculate nucleus (LGN) and lateral posterior (LP) nucleus, capturing activity from cortex and thalamus in the same experiment. Spikes in the hippocampal formation (CA1, CA3, and dentate gyrus) are also measured routinely.

In each experiment, mice from one of four different genotypes are used: 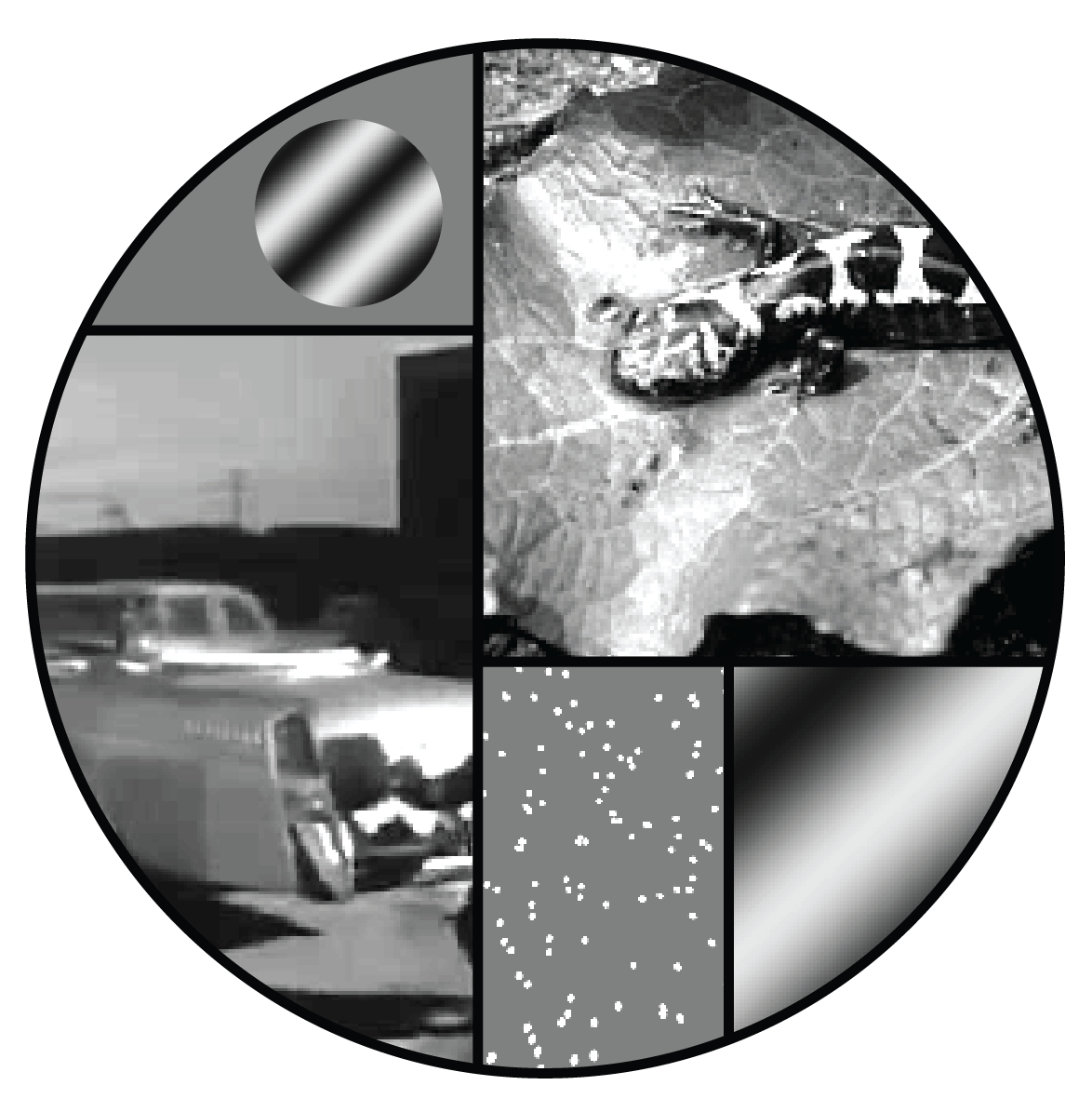 Each mouse is exposed to a standardized set of visual stimuli, allowing visual responses across many regions to be mapped in parallel. The stimulus set is designed to help scientists characterize the tuning properties of individual neurons, using classic visual stimuli such as Gabor patches, full-field drifting gratings, and moving dots. A set of natural images and movies are also presented, allowing researchers to explore the interactions between visual areas under more ecologically relevant conditions.

The first release of Neuropixels data contains two separate stimulus sets. The first, known as "Brain Observatory 1.1," shares many of the same stimuli as the 2P dataset, facilitating a comparison of visual responses measured by these two complementary recording modalities. The second, known as "Functional Connectivity," includes a subset of stimuli with a high number of repeats, in order to facilitate the study of inter-areal functional interactions.