Transcriptional Landscape of the Brain

The Allen Institute has produced numerous datasets to map the location and intensity of gene expression across the normal and diseased central nervous system, throughout development, and in multiple species. Together these data, tools and publications provide insight into the transcriptional landscape of the mammalian brain.  Browse these resources below, and learn about how the transcriptome informs cell classification in the Cell Taxonomies section. 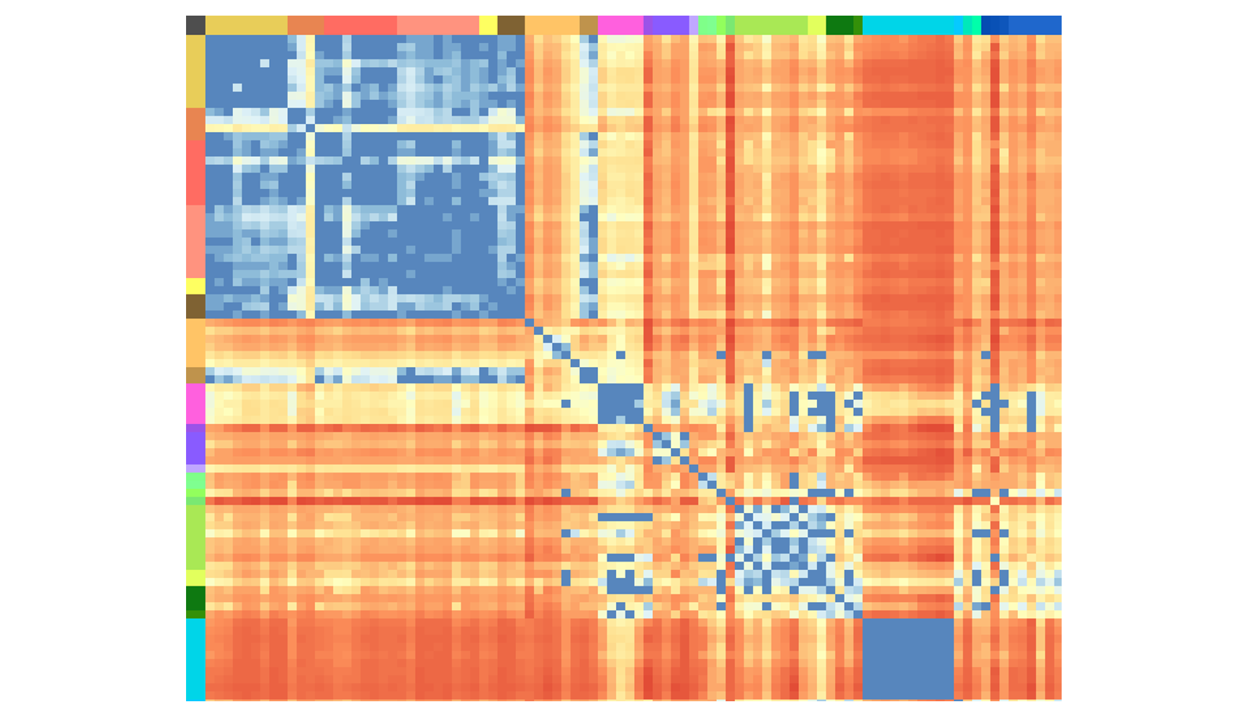 The genetic geography of the brain

The patterning of gene usage across the anatomical structures of the adult human brain is highly stereotyped and reproducible. This dynamic heatmap allows users to explore shared patterning across individuals. The 'top genes' that are differentially expressed between any two brain regions can be accessed via links to view the data and analyze functional enrichment using the ToppGene suite from the Cincinnati Children's Hospital Medical Center. 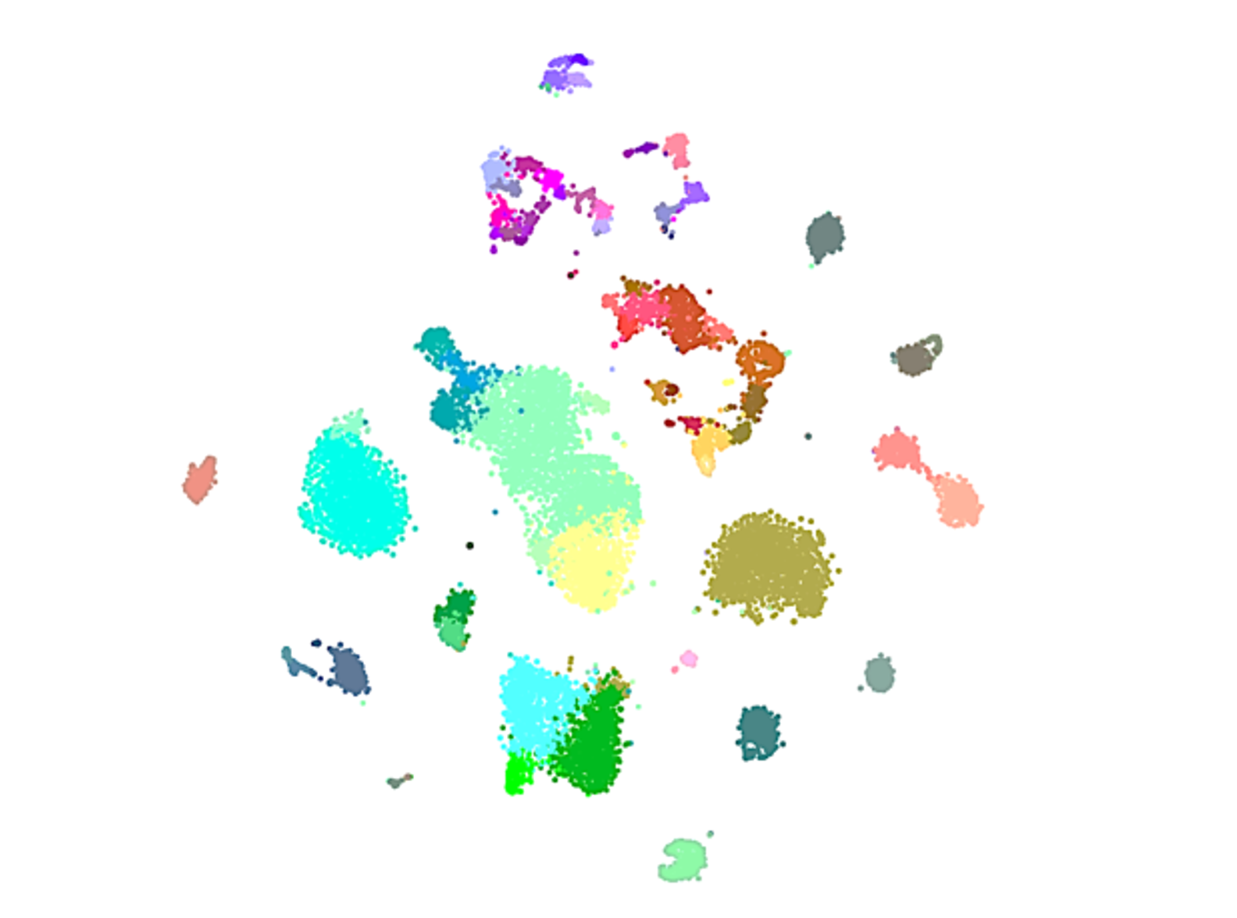 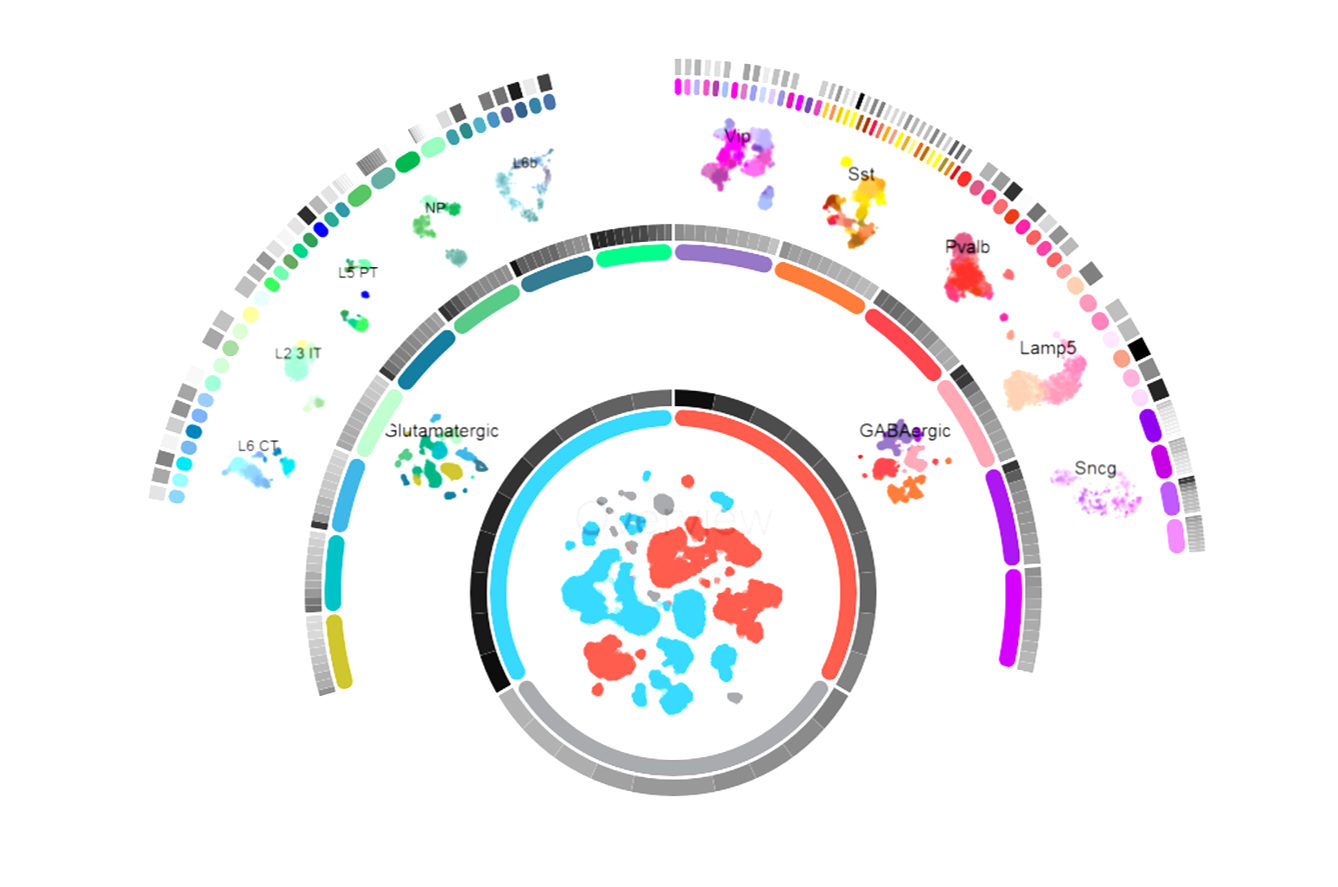 The Allen Cell Types Database contains RNA-Seq data from thousands of cells and nuclei from many brain regions.  Data from multiple brain regions in human and mouse cortex and hippocampus are navigable via Cytosplore, a downloadable application to interactively explore these cellular hierarchies at the transcriptional level. This application is made in collaboration with the Leiden Computational Biology Center, the Division of Image Processing at the Leiden University Medical Center, and the Computer Graphics and Visualization Group at the TU Delft.

Viewer in Cytosplore (human and mouse)

The National Institute of Health (NIH) Brain Research though Advancing Innovative Neurotechnologies (BRAIN) Initiative - Cell Census Network (BICCN) aims to provide researchers and the public with a comprehensive reference of the diverse cell types in human, mouse, and marmoset brain.  Transcriptomic data from these projects, which includes data from the Allen Institute, are available via the Brain Cell Data Center (BCDC) Portal and the Neuroscience Multi-Omic Archive (NeMO). Initial work focused on characterizing cell types in primary motor cortex has led to several collaborative publications.

Introduced more than 10 years ago, this genome-wide, high-resolution atlas of gene expression throughout the adult mouse brain remains our most used atlas.  The atlas includes in situ hybridization data of ~20,000  genes spanning the entire mouse brain at cellular resolution. Quantitative image data is visualized spatially in 3D.

The Allen Human Brain Atlas is a unique multimodal atlas of the human brain, integrating anatomic and genomic information. It includes microarray data providing an "all genes, all structures" survey in multiple adult control brains and in situ hybridization image data comprising multiple datasets from disease and control cases and totaling over 1000 genes.

The Allen Developing Mouse Brain Atlas project surveyed gene expression in the brain beginning with mid-gestation through to juvenile and young adult. This 4D in situ hybridization atlas provides a framework to explore temporal and spatial regulation of gene expression in mouse brain for approximately 2,000 genes across seven stages of development.

The NIH BrainSpan project is a foundational resource for studying transcriptional mechanisms involved in human brain development. It includes (1) RNA sequencing and exon microarray data profiling of 16 cortical and subcortical structures across human brain development; (2) high-resolution neuroanatomical transcriptional profiles of ~300 distinct structures spanning the entire brain in midgestation; and (3) in situ hybridization image data covering selected genes and brain regions.  Additional data from some of these same donors is also available, as described in a recent article in Science.

Glioblastoma is an aggressive brain tumor that carries a poor prognosis. The Ivy Glioblastoma Atlas Project (IvyGAP) includes several RNA-Seq and in situ hybridization data sets focused on anatomic structures and cancer stem cell niches. These data sets seek to clarify the relationship between molecular and cellular landscapes of these tumors and their relationships to histologic features routinely used for diagnosis.

Gene expression in the aging brain

The Allen Spinal Cord Atlas is an interactive database of gene expression mapped across all anatomic segments of the mouse spinal cord at postnatal days 4 and 56. The in situ hybridization data is searchable by gene, age, expression, and in the case of the adult, by the cervical, thoracic, lumbar, sacral, and coccygeal segments, and is accompanied by a high-resolution reference atlas.

Key publications below highlight biological findings by researchers at the Allen Institute for Brain Science.  These also include detailed descriptions of methods and analysis protocols. A full list of publications from the Allen Institute is available here. Publications related to single cell and single nucleus transcriptomics can be found in the Cell Taxonomies “Explore” page.

Genome-wide atlas of gene expression in the adult mouse brain

Genomic Anatomy of the Hippocampus

Unbiased analysis of hippocampal gene expression data in the Allen Mouse Brain Atlas revealed a large cohort of genes with robust regionalized hippocampal expression. The CA3 compartment can be divided into a set of nine expression domains in the septal/temporal and proximal/distal axes with reciprocal, nonoverlapping boundaries, and evidence of differential connectivity.

An anatomically comprehensive atlas of the adult human transcriptome

Brain-wide variation in gene expression strongly reflects the distributions of major cell classes such as neurons, oligodendrocytes, astrocytes, and microglia. The spatial topography of neocortex is strongly reflected in its molecular topography - the closer two cortical regions, the more similar their transcriptomes.

Genes with the most reproducible patterns between adult human brains are highly biologically relevant, with enrichment for brain-related annotations such as disease associations. Furthermore, most genes are expressed in one of a relatively few patterns, corresponding to cell types and cellular functions. Research-grade code to reproduce figures is included as supplemental software.

This atlas gives a comprehensive view of when and where genes are expressed while the brain is developing, providing insight into dynamic changes in gene expression over time. For example, genes associated with autism are enriched in newly generated excitatory neurons in the cortex.

Prenatal development is a time of rapid change reflected in gene usage, yet many of the molecular characteristics of the mature brain are achieved surprisingly late in postnatal development. The vast majority -- but not all -- of these patterns are conserved between primate species.

Transcriptional Architecture of the Primate Neocortex

Histologically-defined anatomic regions of glioblastoma are shown here to have highly distinct molecular signatures. This, and other yet-to-be-discovered insights in the Ivy Glioblastoma Atlas Project (GAP) could provide new insights into the pathogenesis, diagnosis, and treatment of glioblastoma.

Neuropathological and transcriptomic characteristics of the aged brain

At the transcriptional level, the aging brain shows remarkable person-to-person variability between dementia and associated pathologies, including examples of resilience to pathology. This study also highlights the importance of controlling for RNA quality when studying the normal and diseased human brain.