Dataset I:  Jointly recorded neurons at multiple levels of magnification.

The dataset consists of 91 neurons from 4 transgenic mouse lines for which calcium imaging was performed at high optical zoom focused on individual cells. A subset (37) of these neurons were additionally imaged at a lower zoom factor, i.e. one at which the responses of many neurons can be characterized in parallel. The dataset is described in Huang, Knoblich et al., Relationship between spiking activity and simultaneously recorded fluorescence signals in transgenic mice expressing GCaMP6.

Using a novel, crowd-sourced, algorithmic approach to quality control, we further present a highly curated subset of 50 recordings from 35 cells, in which the high-zoom calcium imaging data was downsampled spatially and temporally to match the data quality observed in the Allen Brain Observatory (i.e., noise levels typically encountered in population-level two-photon imaging). The downsampled calibration dataset is described in Ledochowitsch et al., On the correspondence of electrical and optical physiology in in vivo population-scale two-photon calcium imaging.

An Online Data Browser, available via mybinder.org, facilitates visual exploration of Dataset II (recording selection, zoom, pan, etc) as well as the download of plots and data for individual recordings. 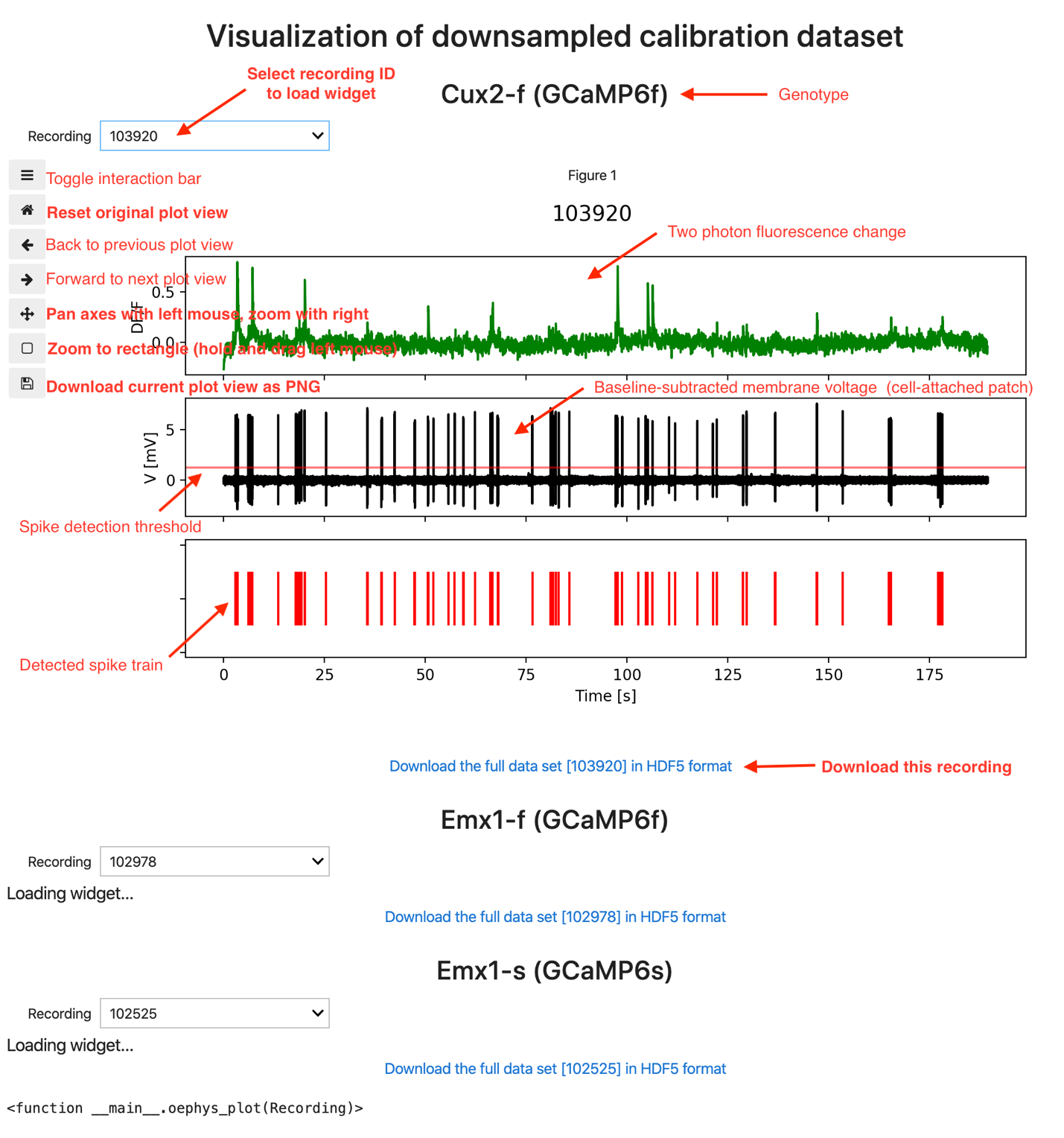 All data and code are covered by the Allen Institute Terms of Use. By making this data available, we hope that it will serve the community as (1) a further resource to better understand quantitatively the link between calcium-evoked fluorescence imaging signals and spiking activity; and (2) a ground truth dataset for inferring spiking activity from calcium imaging in transgenic mouse lines.