This page provides access to the code, data, and metadata for a set of mouse primary visual cortex (V1) models developed by the Allen Institute for Brain Science. All code, data, and metadata for the V1 models are covered by our Terms of Use. The software package used for this work is the Brain Modeling ToolKit (BMTK), which is available on Github. Data files can be accessed from Dropbox.

The models contain 17 cell classes, represented by >100 unique neuron models, summarized in the figure below. The biophysical and GLIF model networks use exactly the same graph, i.e. each neuron in one network has an exact counterpart in the other, with the same coordinates, presynaptic sources, and postsynaptic targets. The models span a 845 micron radius. For the biophysically detailed model, the “core” (400 micron radius) is composed of compartmental neuron models and is surrounded by an annulus of leaky-integrate-and-fire neurons, to avoid boundary artifacts. Also included is a thalamic cell model representing a lateral geniculate nucleus (LGN) module that provides visual stimulation to V1 neurons in response to arbitrary visual stimuli. 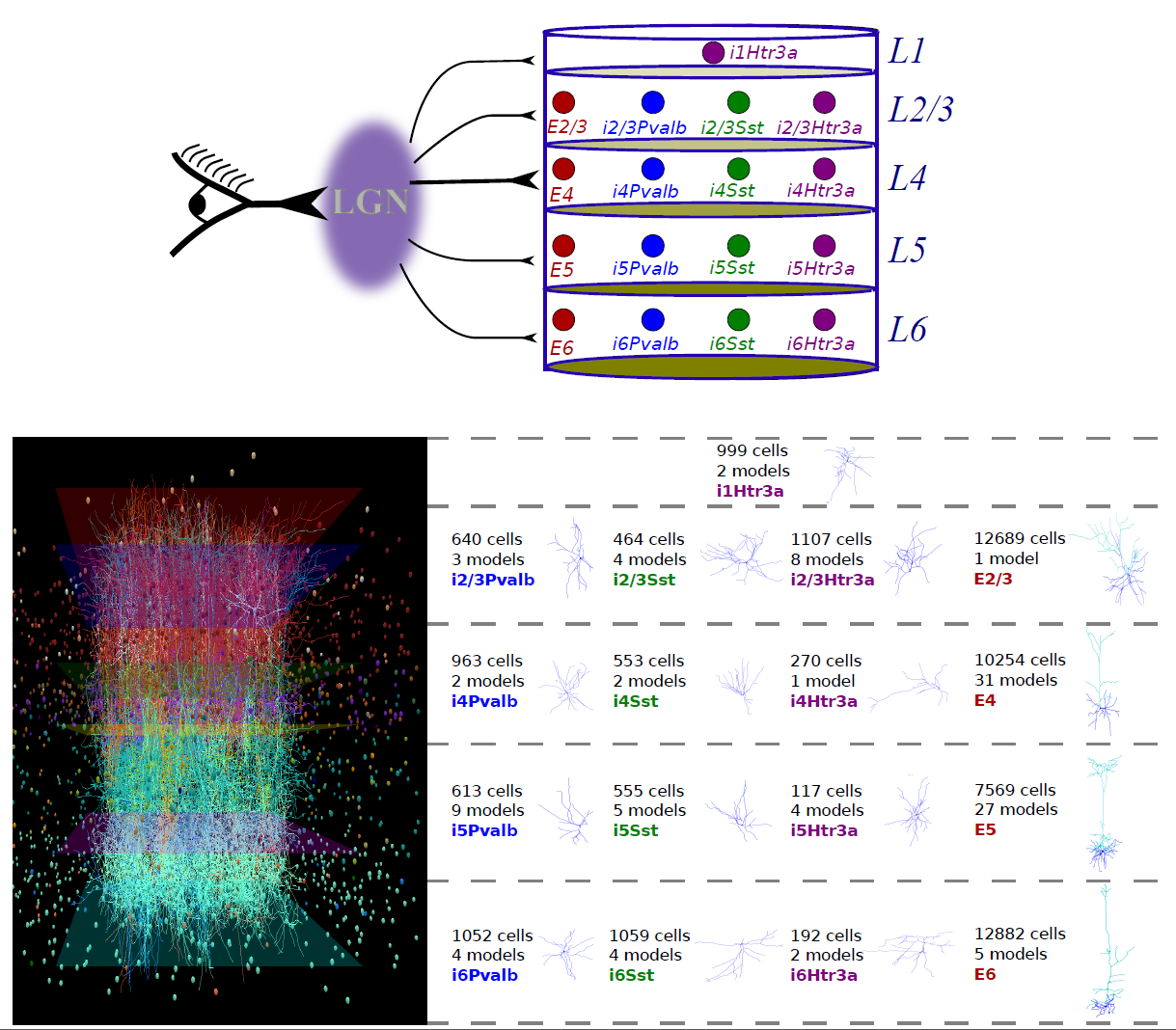 Overview of the V1 models.  Models consist of one excitatory cell class (E) and three inhibitory classes (i; Pvalb, Sst, Htr3a) in each of four cortical layers - L2/3, L4, L5 and L6; L1 has a single Htr3a inhibitory class. Visual stimulation is conveyed by thalamocortical projections (from the LGN).

A representation of the biophysically detailed network is shown on the left (1% of the neurons in the model). For each cell class, the total number of neurons is indicated, with an exemplary dendritic morphological reconstruction.